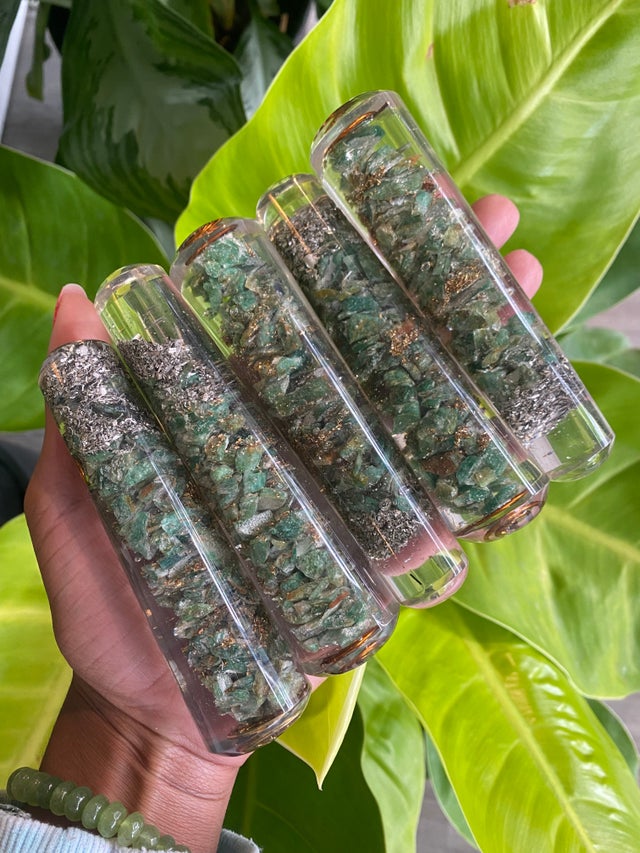 Aventurine: Green Aventurine is known as the “Stone of Opportunity,” thought to be the luckiest of all crystals, especially in manifesting prosperity and wealth, or for increasing favor in competitions or games of chance.

Balance and harmonize your Orgone (Bio-energy) Orgonite is expressly built to combat the effects of “Deadly Orgone Energy” which can lead to fatigue, irritability and lack of concentration, while enhancing “Positive Orgone Energy” giving way to a healthy and balanced lifestyle.

Known to repel negative energy and harmful EMF waves. These energy harmonizing pyramids are the ultimate energy transformer for your space. Our homes are a cesspool of harmful EMF pollution from our phones, WiFi and other electrical devices. Orgonite effectively absorbs and transmutes these waves into a productive and healing wavelength.

Orgone Pyramid's can be used for amplifying a particular energy in your space, recharging your gemstones, as a tool for reiki or chakra healing, as a centerpiece for home crystal grids, cleansing your rooms, a focus stone during meditation and more!

Sold out
Add to Cart