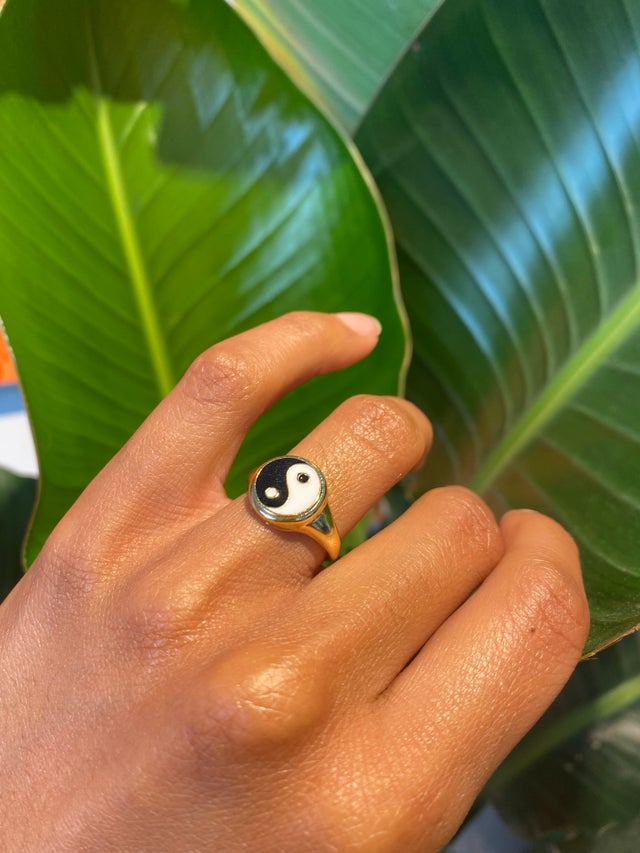 This Yin and Yang ring is a symbol of balance within the Feminine and the Masculine. Each ring is adjustable and is made with 24k gold-filled metal.

According to Thought Co., "The yin-yang symbol (also known as the Tai Chi symbol) consists of a circle divided into two halves by a curved line. One half of the circle is black, typically representing the yin side; the other is white, for the yang side. A dot of each color is situated near the center of the other's half. The two halves are thus intertwining across a spiral-like curve that splits the whole into semicircles, and the small dots represent the idea that both sides carry the seed of the other.

The white dot in the black area and the black dot in the white area connote the coexistence and unity of opposites to form a whole. The curvy line signifies that there are no absolute separations between the two opposites. The yin-yang symbol, then, embodies both sides: duality, paradox, unity in diversity, change, and harmony."