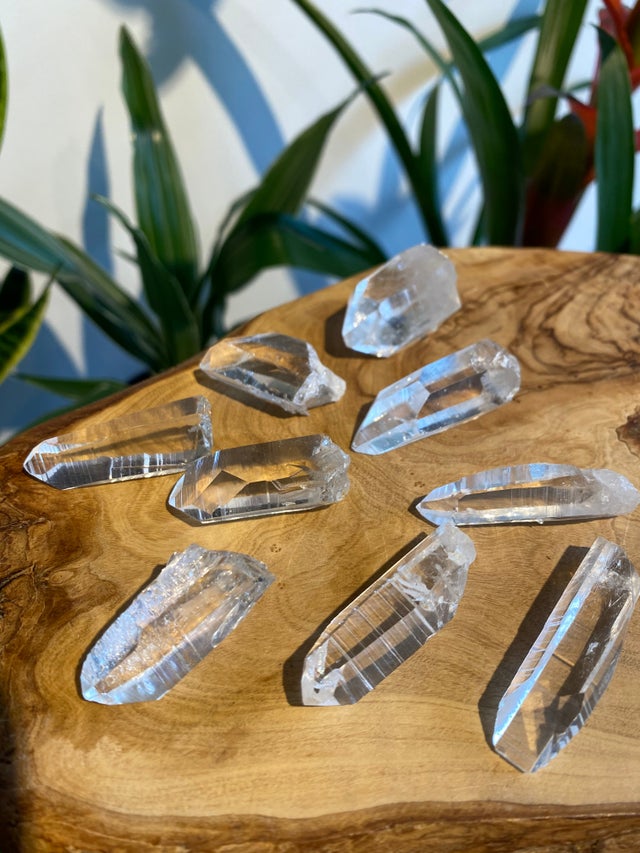 Here are some quoted findings of Lemurian Quartz:

"Also called “Lemurian Seed Crystals” or "Lemurian Star Seeds", Lemurian Quartz Crystals were originally found in Brazil. Metaphysical Legend states that there was once an advanced ancient civilization called Lemuria, similar to Atlantis but more spiritually developed and peaceful. As the end of their time on Earth was coming to an end, the Lemurians programmed these crystals to teach their messages of oneness and healing - messages that would be revealed when the energy on Earth was ready to receive them. The Lemurians then planted (or “seeded”) the Lemurian Crystals, encoded with their ancient knowledge and wisdom, to be found centuries later by us."

"Lemurian Clear Quartz is a variety of quartz that embodies the very soft and loving energy of the angelic and cosmic realms. This kind of quartz can assist you in finding harmony within and connecting to your highest self."

"Lemurian Quartz Crystals help us maintain our connection to Spirit, aiding spiritual evolution, and have been used successfully in dream work. Lemurian Quartz crystals are a wonderful tool to use when clearing and activating the Chakras. An amazing healing crystal, Lemurian Quartz will assist in removing all types of energy blockages."